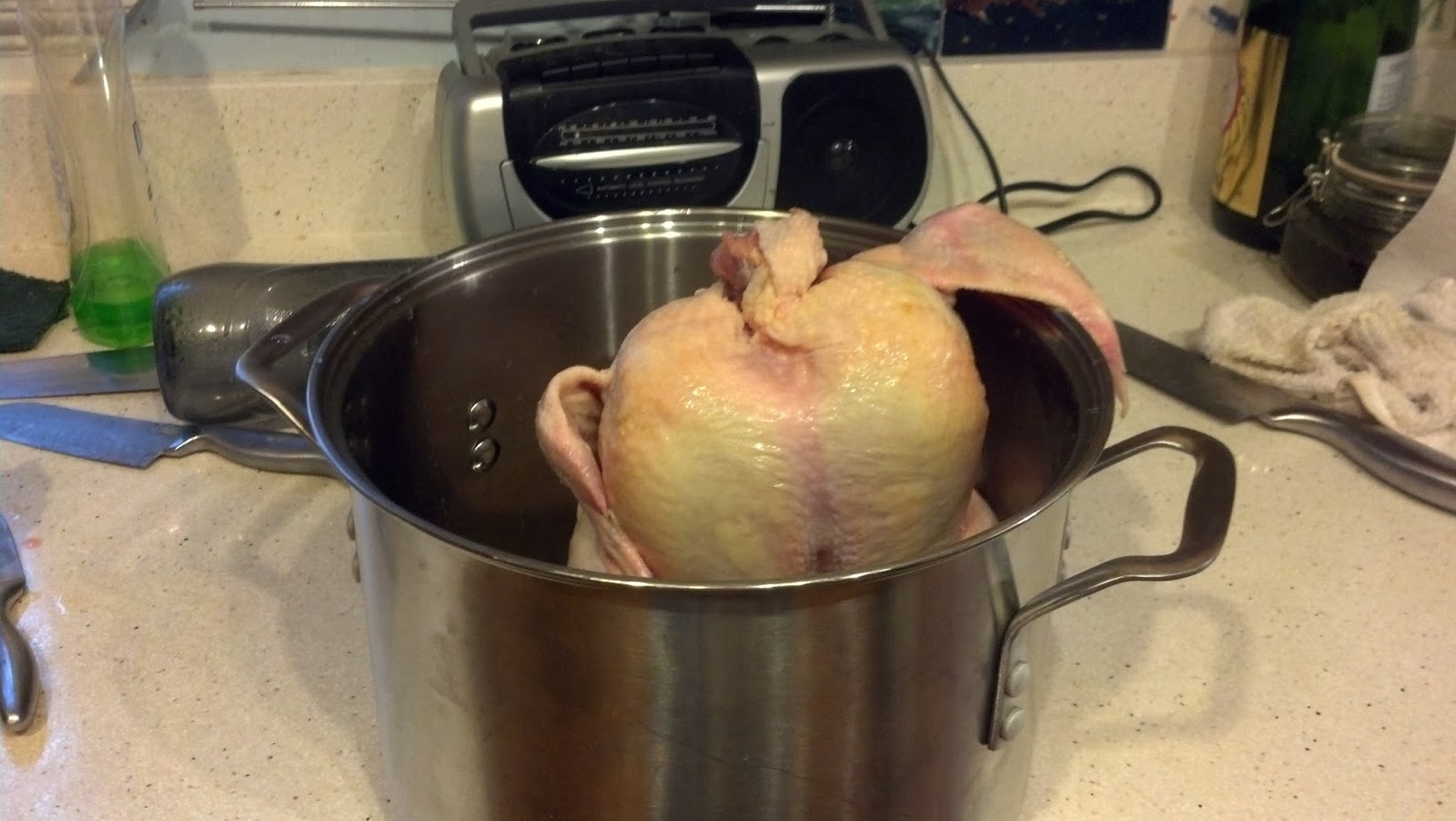 Ohh, a warm bath would be nice this cold morning. What? You want me to lie down? I suppose.....
Posted by Ruth in NC at 8:35 AM No comments:

This is the final song of our monthly Song Circle, or Hippie Hootenanny as our kids call it. Pete Seeger gave us so much, not just his music and his activism but also his grace in standing up to the House Un-American Activities Committee.

December 2013 or What We're Doing Now 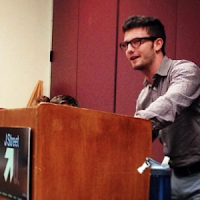 Yakov will graduate from UNC Chapel Hill in the spring. He will graduate with a degree in Peace, War and Defense. He interned the summer of 2012 for his congressman, David Price, and spent this past summer as an intern for J Street. He is the current national president of J Street U Student Board. At their conference in October, he had the honor of introducing Congressman John Lewis who was one of the keynote speakers. Yakov did a beautiful job and received a vigorous hug from Congressman Lewis. He recently had a article published on The Daily Beast. 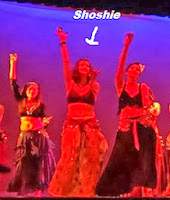 Shoshie will graduate form UNC Asheville next December. She has studied International Studies, focusing on the Middle East and Northern Africa. She spent a month this past summer in Ghana. She is involved with lots of activities in Asheville, such as belly dancing and tutoring middle school kids. And so much more. It is much harder to describe the many things she is involved in than it is for Yakov. She has several jobs. She is doing independent research as well as helping a professor with his research. She's just always on the go. And soon she will visit Japan with a friend for 10 days.

Noach has made some major changes as well. Last December, JP and I decided he needed to go to school. The reasons are many. He was resistant to any change and had never been to school so we had to made a careful decision. In January he began mid10th grade at the local Quaker school. He loved it, made good grades and was very well liked. He has made good friends and was recently asked to be one of the school's ambassadors, the students who show prospective students and families around the school. He has really transformed the way many at the school look at homeschooled students. Like his brother Yakov, Noach has taken on some leadership roles with Young Judaea and perhaps will work at camp this summer.

Big E, my oldest, was with us in Tennessee for Thanksgiving. His wife and 2 girls were with him. They are all wonderful. And busy. 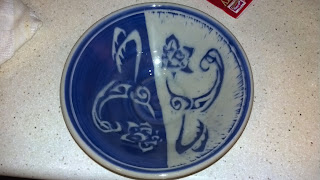 And I have retired again. From homeschooling this time. My post retirement activities include pottery, birdwatching and politics. I started pottery classes last year and I love it. My work is not that good but I'm working on it and each pot is better than the last. Often I go birdwatching on the weekend with a local group and I have introduced a friend to birdwatching as well. Until recently the two of us went one morning each week.

But recently I have been absorbed with helping people get information on the Affordable Care Act. Over the summer I joined the League of Women Voters and through that group I became involved with Enroll America. Now I am the captain of the team for my city. I have a group of 12 or so people who attend or host events where we discuss basic ACA info. Soon we will be helping them to make navigator appointments also. I am relieved that the website is working much better now.

JP continues to practice medicine at the VA. I know he would like to retire soon but it's hard to retire when we have two in college and one yet to go. Next summer we will celebrate 25 years of marriage. We're looking for a fun trip to go on to celebrate rather than a party.

So that's it. We keep muddling through, doing our best.
Posted by Ruth in NC at 5:34 PM 2 comments:

1. In the Garden of the Beasts: Love, Terror and an American Family in Hitler's Berlin by Erik Larson. I could not put this book down and read it over a weekend. A great story well written.

2. The Book Thief by Markus Zusak. I chose this one to discuss with one of my book clubs. It was better the second reading.

3. Middlesex by Jeffery Eugenides. The choice of my other book club. Wonderful writing. Themes include immigrants, gender, assimilation, so much more.

5. America and Vietnam: The Elephant and the Tiger by Albert Marrin. I retrieved this one from the bookshelf for Noach to read but I read it first. Good review. I was not so familiar with the early history of Vietnam, especially its colonial history. The French were brutal colonial masters. PRM
Posted by Ruth in NC at 4:50 PM No comments: 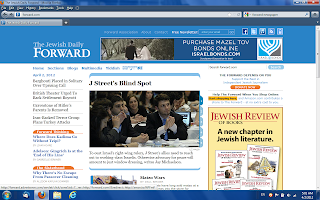 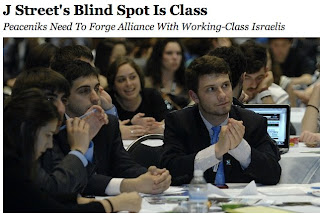 From last weekend at the JStreet conference. Here is a screenshot with Yakov and here a bigger picture. Handsome boy if I do say so myself. PRM
Posted by Ruth in NC at 5:15 AM 2 comments:

She has been active in Hillel at UNCA. Last weekend they had a dinner with the Muslim Student Association and this picture was taken, seen at the Huffington Post. That's my baby on the end. 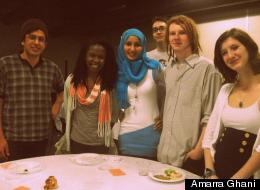 1. Billy Bathgate by E.L. Doctorow. JP and I stumbled onto the movie a few months ago and I began looking for a copy of the book to read. Much better than the movie. Beautiful writing.

2. Packing for Mars by Mary Roach. This was the choice for my old book club. The first 80 pages were quite fascinating, a history of space travel, picking astronauts for their program in Japan (origami)and other topics. Have you ever heard of Roger Babson, who held a grudge against gravity after his sister drowned as a child? He established the Gravity Research Foundation to study ways to implement gravitational shielding. The last 3/4 of the book detailed body functions in space. This could have been interesting for about 50 pages maybe but not for the 250 pages alloted.

5. Under the Greenwood Tree by Thomas Hardy. This was my first Ebook. I am withholding judgement for now.   PRM
Posted by Ruth in NC at 7:25 PM No comments:

I saw him on Broadway 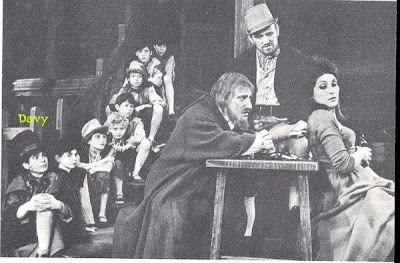 1. Middlemarch by George Eliot. Loved it and can't wait to read more Eliot.
2. The Tiger's Wife by Tea Obrecht. TWB Challenge, Balkans. This was the choice of one of my book clubs. Very rich, perhaps too rich.
3. The Last Days of Ptolemy Grey by Walter Mosley. This was my choice for my old book club.
4. A Bitter Truth: A Bess Crawford Mystery by Charles Todd. WTG Challenge, WWI.
5. The Berlin Boxing Club by Robert Sharenow. This was a pre-read for Noach. I hope he enjoys it as much as I did.
6. No Promises in the Wind by Irene Hunt. Another pre-read for Noach.
PRM
Traveling the World with Books 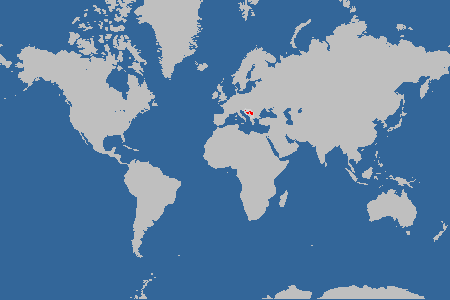 visited 4 states (1.77%)
Create your own visited map of The World or Like this? try: Archean
Posted by Ruth in NC at 2:46 PM No comments:

In 2008, I participated in a reading challenge, Triple 8, reading 8 books in each of 8 categories in the year 2008. I didn't quite meet the challenge. Having skipped 3 years, I am ready to take on a new challenge, perhaps several challenges, but I expect some overlap. Some of the books can be used for book club readings, also.

First, Historical Fiction Challenge 2012 at the Struggling the Addiction level, 10 books. This is a category I often delve into and it will overlap with the second challenge.

War Through the Generations, WWI is my next choice. I plan to do this one at the Wade level, 4 to 10 books. And I personally want to focus on YA literature and books for younger readers that I missed in my previous reading. There are many classics on the suggestion page that I have never read. Now is the time.

And finally, a challenge of my own creation, Traveling the World in Books 2012. I haven't created an image or button for myself yet. The goal is one book per month and each from a different part of the world.

Obviously there is a lot of overlap in these but I still think I can use them to make a fascinating year of reading. PRM
Posted by Ruth in NC at 7:44 AM No comments: 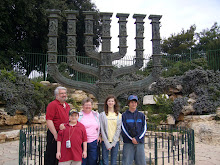